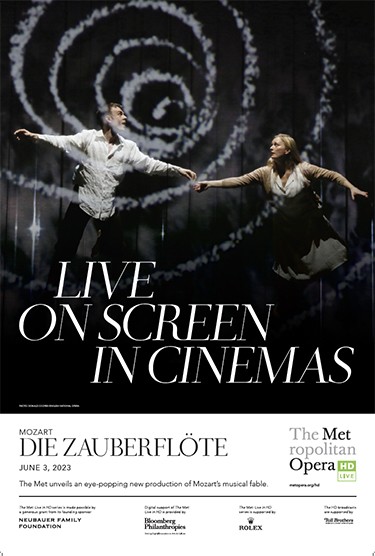 The final presentation of this year’s outstanding Met season is one of opera’s most beloved works, receiving its first new Met staging in 19 years - a daring vision by renowned English director Simon McBurney that The Wall Street Journal declared “the best production I’ve ever witnessed of Mozart’s opera.”

Nathalie Stutzmann conducts the Met Orchestra, with the pit raised to make the musicians visible to the audience and allow interaction with the cast. In his Met-debut staging, McBurney lets loose a volley of theatrical flourishes, incorporating projections, sound effects, and acrobatics to match the spectacle and drama of Mozart’s fable.