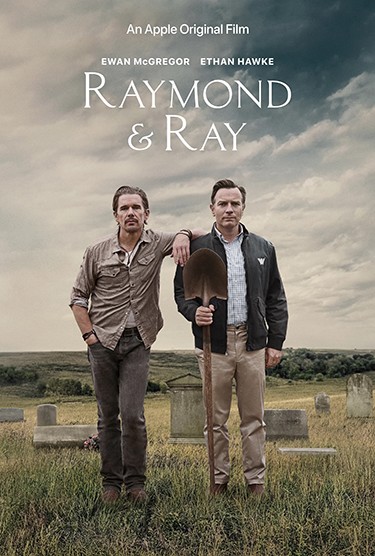 Half-brothers Raymond and Ray (played by Ethan Hawke and Ewan McGregor) are reunited by the death of their abusive father.

The sins of the father are readily manifested in the damaged goods that are McGregor’s Raymond and Hawke’s Ray (they were actually both named Raymond by their abusive dad, Harris, in order to mess with them), who reunite after significant time apart to attend their old man’s funeral. But when they arrive at the funeral home, they begin to realize the person they thought they knew was regarded as a remarkable man by others, especially the spirited Lucia (played to irresistible perfection by Spain’s Maribel Verdu), who was their dad’s final fling, and mother of the little brother they never knew they had. Puts the fun back into dysfunctional.