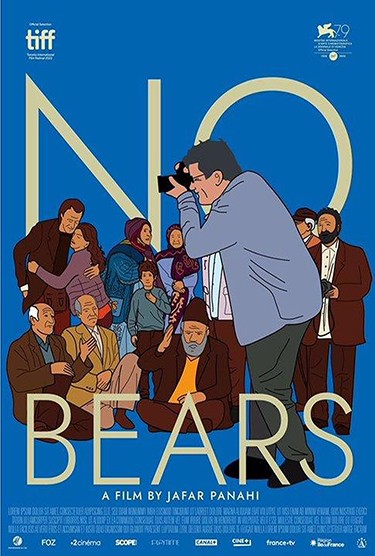 Every film Jafar Panahi makes is an act of resistance. Currently in jail, the Iranian director has spent the past 12 years in and out of house arrest. In No Bears, he goes to a village close to the porous border with Azerbaijan to tell a story involving a couple who are trying to get out to Paris with stolen passports, a film crew following them, a second young couple trying to escape a forced marriage and a village full of gossips and muckrakers. A complex work of novelistic density, this is among the boldest and most accomplished statements from one of the world’s exemplary filmmakers.