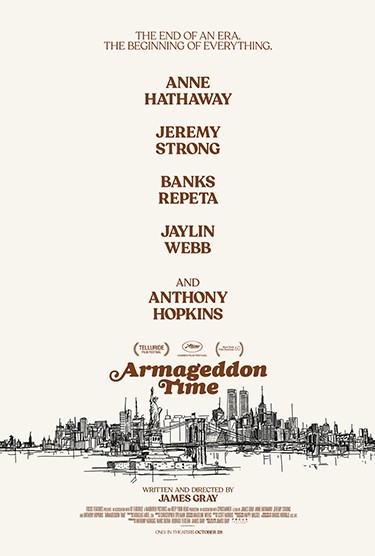 Anthony Hopkins and Anne Hathaway star in James Gray’s deeply personal coming-of-age story about the strength of family and the generational pursuit of the American Dream.

Set in the autumn of 1980, the film stars Banks Repeta as Paul, about 10 years old, who has his head in the clouds. School doesn’t interest the boy, who wants to be an artist - a notion that displeases his weary working-class parents Esther and Irving. But Paul finds a more receptive audience with his new friend Johnny, who appears to be one of the only Black kids at his Flushing, Queens school, and encourages his rebellious side. It’s a truly poignant, troubling, and ultimately brilliant work of memory and self-implication.