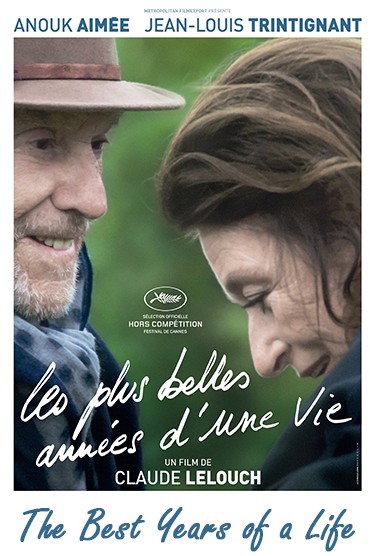 Former race car driver Jean-Louis Duroc is convinced that his best years are all behind him. He now resides in an assisted living facility dreaming of the one woman who meant so much to him.

Claude Lelouch’s romantic classic ‘A Man and a Woman’ is one of the most successful and beloved French films of all time. It won the Palme d’Or at Cannes in 1966, followed by Academy Awards for screenplay and best foreign-language film, plus a plethora of other major prizes. Lelouch returned to Cannes four years ago for a reprise in ‘The Best Years of a Life’, which reunites the iconic stars Jean-Louis Trintignant and Anouk Aimée, playing the same characters 53 years later. Screened as a touching tribute to Trintignant who died earlier this year aged 91. Cast also includes Souad Amidou. (Subtitles)