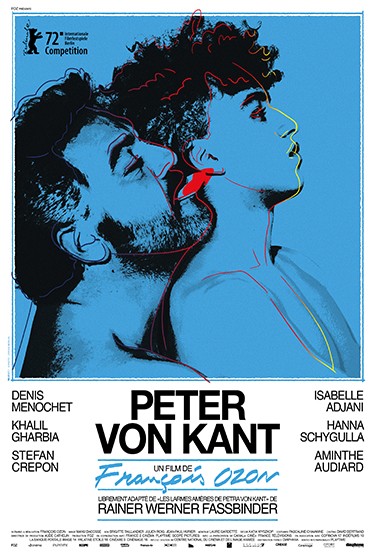 François Ozon’s remake of Fassbinder’s ‘The Bitter Tears of Petra von Kant’ is a sublimely acted movie of gay male obsession and comeuppance. UK premiere at the London Film Festival in October.

Peter Von Kant, a successful, famous director, lives with his assistant Karl, whom he likes to mistreat and humiliate. Through the great actress Sidonie, he meets and falls in love with Amir, a handsome young man of modest means. He offers to share his apartment and help Amir Break into the world of cinema. Both homage and critique, ‘Peter von Kant’ astutely gets under the skin of the lesbian-themed original, and ekes out new resonances. Superb performances from a cast across the age spectrum – including a flamboyantly knowing diva turn from Isabelle Adjani. Cast includes Denis Ménochet and Khalil Ben Gharbia. (Subtitles)