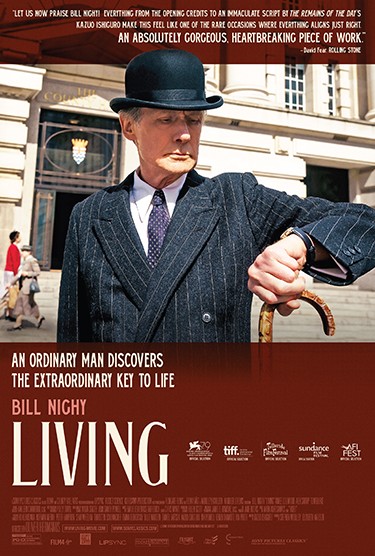 A gentle and poignant Kazuo Ishiguro-scripted remake of Akira Kurosawa’s 1953 film ‘Ikiru’ about a man dealing with a terminal diagnosis.

A buttoned-up civil servant approaching retirement, his supposed reward for a life of pointless tedium, Mr Williams receives a stomach-cancer diagnosis with one year to live. And now he realises that he has been dead until this moment. He realises he may be able to achieve one thing - forcing the city authorities to build the modest little children’s playground for which local mothers have been desperately petitioning and which he and his colleagues have been smugly preventing with their bureaucratic inertia. Nighy is magnetic, heartbreaking and utterly unforgettable. Movies have become classics for less.